Paris Charles de Gaulle Airport, is the largest international airport in France and second-busiest airport in Europe. Opened in 1974, it is located in Roissy-en-France, 23 km (14 mi) northeast of Paris.

The Ovix breaks from traditional lighting convention by using an indirect light source. The LED light engine is positioned at the front of the luminaire and directed backwards towards a high performance profiled reflector. The light is reflected in multiple directions through a clear polycarbonate cover, creating a broad light distribution whilst maintaining high performance and visual comfort with
no visible image of LEDs.
When lighting a corridor it is possible to use fewer Ovix luminaires than conventional alternatives to maintain or improve average light levels and uniformity, whilst still reducing the power consumed. 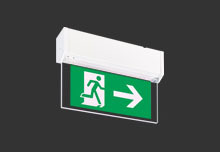 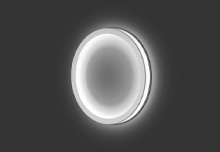